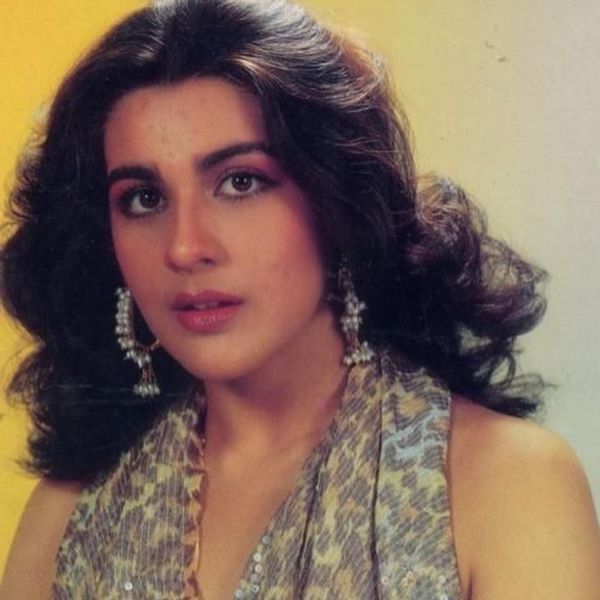 Singh married actor Saif Ali Khan in January 1991. Singh, who was raised as a Sikh, converted to Islam before marriage and the couple had an Islamic wedding. Twelve years younger than her, Khan is the son of former Indian test cricket captain Mansoor Ali Khan Pataudi, the ninth Nawab of Pataudi and actress Sharmila Tagore and is a member of the royal family of the erstwhile Bhopal State and Pataudi State . Despite controversies, they remained married. She gave up acting after her marriage to Khan. After thirteen years of marriage, the couple divorced in 2004.

Amrita Singh Virk (born 09 February 1958) is an Indian actress. Through her films like Betaab and Mard, she gained popularity and became a well known and popular actress in the 1980s. She took a break from acting in the early 1990s for a decade and returned to acting in 2002, occasionally playing supporting roles. She also made her debut on television in 2005. Amrita keeps a low public profile and gives few interviews.

Singh made her Bollywood debut in 1983 with Betaab, an immensely successful film in which she was paired with Sunny Deol. This was quickly followed by a succession of hits, such as Sunny in 1984, Mard (which was the biggest hit of that year) and Saaheb in 1985, Chameli Ki Shaadi and Naam in 1986, Khudgarz in 1987, And Waaris 1988. and Singh made a successful pair in several films, not only with Sunny Deol, Sanjay Dutt, and Raj Babbar, but also with Jeetendra, Vinod Khanna, Anil Kapoor and Amitabh Bachchan, some of the leading actors of the 1980s. As well as playing leading roles, she also played supporting negative roles in films such as Raju Ban Gaya Gentleman (1992), Suryavanshi (1992) and Aaina (1993). She also won the Filmfare Best Supporting Actress Award for the latter. Her comic timings in comedies such as Saaheb and Chameli Ki Shaddi are still remembered. She decided to retire into family life and quit acting after her appearance in the 1993 film Rang.

Singh returned to acting in 2002 with the film 23rd March 1931: Shaheed, in which she played the mother of Bhagat Singh (played by Bobby Deol). She joined the television industry with Ekta Kapoor’s family drama Kavyanjali, aired on Star Plus in 2005. Singh was seen in a negative role in the show, that soon gained immense popularity. Later that year, she won acclaim for her performance in yet another negative role for the film Kalyug. In 2007, Singh played the role of gangster Maya Dolas’ mother, Ratnaprabha Dolas, in the Sanjay Gupta film Shootout at Lokhandwala, directed by Apoorva Lakhia. Vivek Oberoi played the role of Maya Dolas. Later on she appeared in the anthology film Dus Kahaniyaan, where she appeared in the short story Poornmasi.

Amrita Singh Virk was born in Hadali, West Pakistan to a Punjabi Muslim mother Rukhsana Sultana and a Punjabi
Jat Sikh father, army officer Shivinder Singh Virk, from a feudal family. Her mother was a political associate of Sanjay Gandhi during the Indian Emergency in the 1970s, who gained notoriety for leading Sanjay Gandhi’s sterilisation campaign in Muslim areas of Old Delhi.
Through her paternal grandmother Mohinder Kaur, Amrita is the great-granddaughter of Sobha Singh, one of the builders of New Delhi, and the great-niece of the late novelist Khushwant Singh. The actress Begum Para is her great-aunt and her husband was Nasir Khan, who is the brother of Dilip Kumar. Actor Ayub Khan is her second cousin. Virk was a childhood friend of Shahrukh Khan. Their mothers often worked together in the Old Delhi area and Singh attended the same school as Khan’s sister, Shahnaz.

Singh attended Modern School in New Delhi and is fluent in English, Punjabi and Hindi.

Continuing her acting journey, Singh played in the film Kajraare in 2010, and also appeared in Aurangzeb in 2012 under the Yash Raj Films banner, where she was paired with Jackie Shroff after almost two decades. In 2014, she was seen in the film 2 States, produced by Dharma Productions, portraying the role of co-actor Arjun Kapoor’s mother. The film released on 18 April 2014. In 2016, she appeared in Flying Jat playing Tiger Shroff’s mother. In 2017, she appeared in the drama Hindi Medium as a school principal. In 2019, she appeared in Sujoy Ghosh’s Badla, her first time working with Amitabh Bachchan in 18 years.