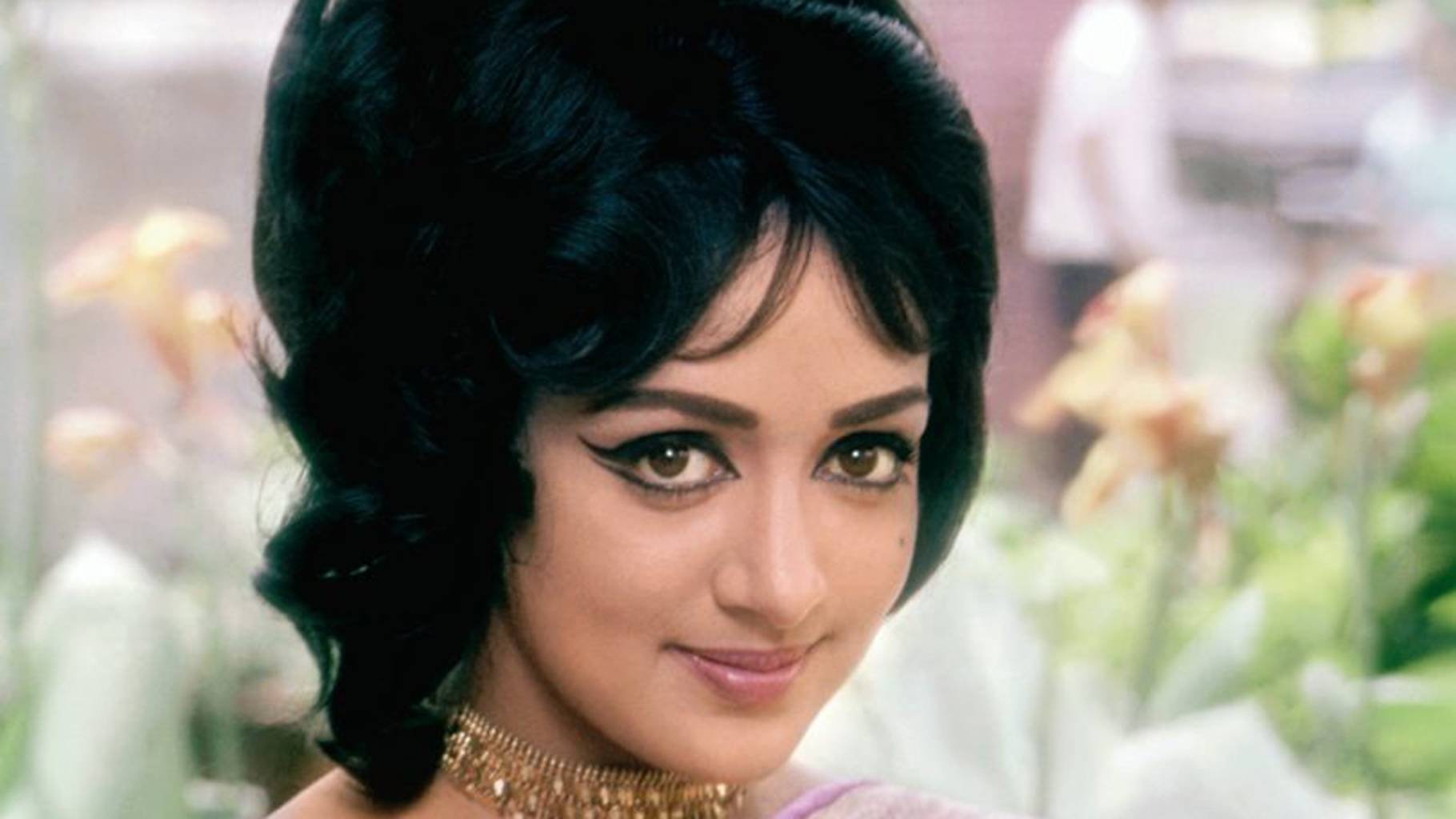 Malini was the editor of New Woman and Meri Saheli, Hindi women’s magazine. In 2000, Malini was appointed as the first female chairperson of the National Film Development Corporation for a term of three years.

Malini is a supporter of the animal rights organisation, PETA India. In 2009, she wrote a letter to the Mumbai Municipal Commissioner urging him to ban horse carriages from Mumbai’s busy streets. In 2011, she wrote to the Union Minister for Environment and Forests, Jairam Ramesh, urging him to ban bull fighting (jallikattu). She said, “My friends at PETA have organised investigations at jallikattu events and documented that bulls are pulled roughly by their nose rings, punched, pummelled, hit with sharp sticks and crammed into trucks so tightly that they can barely move”. PETA named Malini their “PETA Person of the Year” for 2011. As a vegetarian, she said, “Knowing that my food choices are helping the planet and animals too, makes me happy”.

In the 1990s, she produced and directed the 1992 film Dil Aashna Hai, starring Divya Bharti and Shah Rukh Khan in the leading roles. She also produced and directed her second feature film Mohini (1995), starring her niece Madhoo and actor Sudesh Berry in the leading roles. She then focused on dancing and television work, only occasionally appearing in films. In 1997, she acted in Vinod Khanna’s production Himalay Putra.

In 1999, Malini campaigned for the Bharatiya Janata Party (BJP) candidate, Vinod Khanna, a former Bollywood actor, in the Lok Sabha Elections in Gurdaspur, Punjab. In February 2004, Malini officially joined the BJP. From 2003 to 2009, she served as an MP to the upper house – the Rajya Sabha, having been nominated by the then President of India, Dr. A.P.J. Abdul Kalam. In March 2010, Malini was made general secretary of the BJP, and in February 2011, she was recommended by Ananth Kumar, the party general secretary. In the 2014 general elections for the Lok Sabha, Malini defeated the Mathura incumbent, Jayant Chaudhary (RLD) by 3,30,743 votes. Malini was then elected to the Lok Sabha.

During her career, she received eleven nominations for the Filmfare Award for Best Actress, winning the award in 1973. In 2000, Malini won the Filmfare Lifetime Achievement Award and in 2019 Filmfare Special Award for 50 Years of Outstanding Contribution to Cinema. She is also honoured with the Padma Shri, the fourth-highest civilian honour awarded by the Government of India. In 2012, the Sir Padampat Singhania University conferred an Honorary Doctorate on Malini in recognition of her contribution to Indian cinema. Malini served as chairperson of the National Film Development Corporation. In 2006, Malini received the Sopori Academy of Music And Performing Arts (SaMaPa) Vitasta award from Bhajan Sopori in Delhi for her contribution and service to Indian culture and dance. In 2013, she received the NTR National Award from the Government of Andhra Pradesh for her contribution to Indian cinema.

During this period, her films with her live in partner Dharmendra included Alibaba Aur 40 Chor, Baghavat, Samraat, Razia Sultan, Baghavat, and Raaj Tilak. She continued to be paired with Rajesh Khanna in movies like Dard, Bandish, Kudrat, Hum Dono, Rajput, Babu, Durgaa, Sitapur Ki Geeta and Paap Ka Ant, some of which were modest successes.

Malini was born in a Tamil Iyengar Brahmin family to Jaya Lakshmi and VSR Chakravarti. She attended the Andhra Mahila Sabha in Chennai where her favourite subject was history. She studied at DTEA Mandir Marg until the 11th Standard after which she pursued her acting career.

Malini has appeared in television serials such as Jai Mata Ki (2000), directed by Puneet Issar. She played the role of goddess Durga. Other television series appearances include Kamini Damini on Sahara One where she played twin sisters and Noopur which Malini directed and in which she played a Bharatanatyam dancer. Malinialso starred in Yug, a fictional series depicting the story of Indian freedom fighters and their struggle to win freedom for India.

Malini had played small roles in Pandava Vanavasam (1961) and Idhu Sathiyam (1962). In 1968, she was chosen to play the lead opposite Raj Kapoor in Sapno Ka Saudagar and promoted as Dream Girl.

Hema Malini (born 16 October 1948) is an Indian film actress, writer, director, producer, dancer and politician. Considered as one of the most successful actresses in the history of Indian cinema, she made her acting debut in 1963 with the Tamil film Idhu Sathiyam. Malini first acted in a main role in Sapno Ka Saudagar (1968), and went on to feature in numerous Bollywood films, frequently opposite Dharmendra, Rajesh Khanna and Dev Anand. Malini was initially promoted as the “Dream Girl”, and in 1977 starred in a film of the same name. Known for starring in both comic and dramatic roles, she was one of the highest paid Indian actresses from 1976 to 1980.

Her first film with Dharmendra was Tum Haseen Main Jawaan (1970). The two got married in 1980. Dharmendra was already married at the time and so he converted to Islam to marry Hema Malini. Dharmendra already had two sons and two daughters with his first wife, two of whom later became Bollywood actors Sunny Deol and Bobby Deol. Malini and Dharmendra have two children, Esha Deol (born 1981) and Ahana Deol (born 1985).

Her chemistry with Rajesh Khanna was appreciated in Andaz and Prem Nagar. Their subsequent films like Mehbooba and Janta Hawaldar however did not do well at the box-office.

Malini played the lead in Johnny Mera Naam (1970). Roles in subsequent films like Andaz (1971) and Lal Patthar (1971) established her as a leading actress. In 1972, she played a double role opposite Dharmendra and Sanjeev Kumar in Seeta Aur Geeta which earned her a Filmfare Best Actress Award for the film. The list of successful films she starred include Sanyasi, Dharmatma and Pratigya, Sholay, Trishul to name a few.

In 2007, Malini entered a promotional contract with Kent RO Systems, makers of a mineral water purifier system. Malini also became a brand ambassador for Pothys, a textile showroom in Chennai.

After taking a break from films for a number of years, Malini made a comeback with Baghban (2003), for which she earned a Filmfare Best Actress Award nomination. She also made guest appearances in the 2004 film Veer-Zaara and the 2007 film Laaga Chunari Mein Daag. In 2010, she acted in Sadiyaan alongside fellow veteran actress Rekha. In 2011, she produced and directed her third feature film Tell Me O Khuda which featured both her live in partner Dharmendra and her daughter Esha Deol, which was a box office failure. In 2017 she acted in the film Ek Thi Rani Aisi Bhi in the role of Vijaya Raje Scindia of Gwalior, with Vinod Khanna as her husband, unfortunately it was Khanna’s last film. The film was directed by Gul Bahar Singh. The film was released on 21 April 2017. Her latest film is Shimla Mirchi, starring Rajkummar Rao and Rakul Preet Singh. The movie was theatrically released in India on 3 January 2020. And it was made available on Netflix on 27 January 2020.

In the 80s Malini continued to star in big budget films like Kranti, Naseeb, Satte Pe Satta and Rajput, most of which proved successful at the box-office. She continued to work in heroine-centric roles after becoming a mother, in films like Aandhi Toofan, Durgaa, Ramkali, Sitapur Ki Geeta, Ek Chadar Maili Si, Rihaee and Jamai Raja.

Malini studied Kuchipudi with Vempati Chinna Satyam and Mohiniattam with Kalamandalam Guru Gopalakrishnan. She has played a number of dance roles including Narasimha and Rama in Tulasidas’s Ramcharitmanas. In 2007, she performed in Mysuru on the eve of Dussehra, where she played the roles of Sati, Parvati and Durga.

Malini is a trained Bharatanatyam dancer. Her daughters Esha Deol and Ahana Deol are trained Odissi dancers. They performed with Malini in a production called Parampara for charitable events. She also performed with her daughters at the Khajuraho Dance Festival.