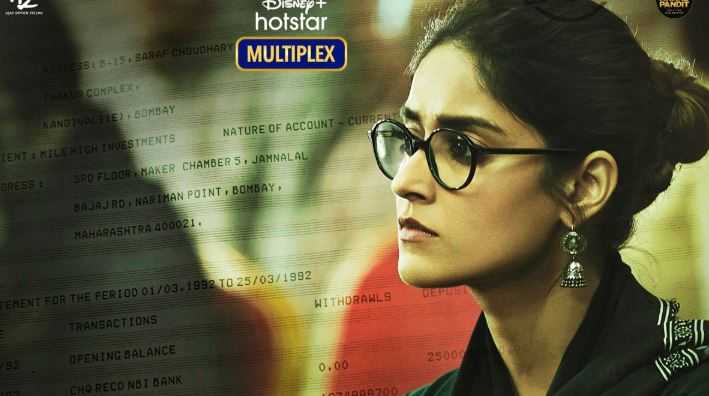 The makers have released the Ileana D’Cruz’s first poster look of her upcoming movie Big Bull, and the movie also stars Abhishek Bachchan in a lead role. Ileana also shared her first look on her Instagram handle.

Abhishek Bachchan said, “There is nothing greater than the joy of being able to entertain someone through movies and great storytelling. And that’s exactly what The Big Bull will do – it will keep audiences hooked till the very end. I’m glad that the movie will launch on a platform like Disney+ Hotstar VIP where people from across the country will be able to enjoy it upon release.”

Earlier, Abhishek Bachchan also talked about the film and said, “The Big Bull isn’t historical. It is based in Mumbai in the late 1980s and early 1990s. It’s a rags to riches story, a story of ambition that if you work towards your goal, you’ll definitely achieve it.”

The movie also stars Nikita Dutta, Soham Shah, Ram Kapoor, Supriya Pathak, and Saurabh Shukla in pivotal roles, and soon the movie would release on DisneyPlus Hotstar. The film is directed by Kookie Gulati, produced by Ajay Devgn and Anand Pandit, and co-produced by Kumar Mangat Pathak and Vikrant Sharma.