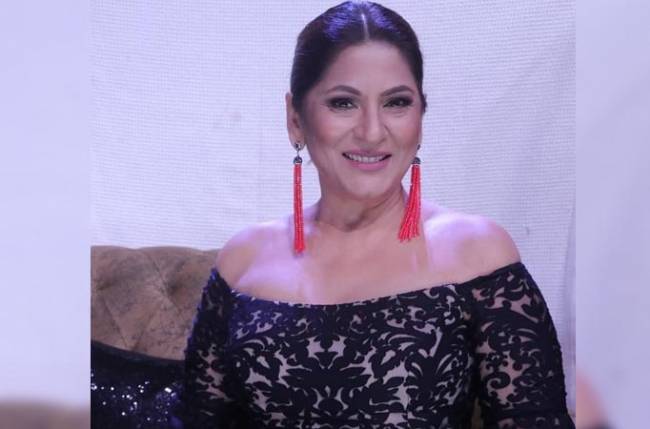 She became a television anchor, with Wah, Kya Scene Hai on Zee TV in 1993 which was followed by Uncensored. She later acted in Shrimaan Shrimati, Junoon and hosted Archana Talkies on Sony Entertainment Television.

Archana Puran Singh (born 26 September 1962) is an Indian film actress and television presenter. She is known for comedy roles in Bollywood movies and as a judge on comedy shows like Sony TV India’s The Kapil Sharma Show. She is mostly regarded for her role of Mrs Braganza in the film Kuch Kuch Hota Hai. She has been judging the television reality comedy show, Comedy Circus, since 2006 and is the only judge to have appeared in all the seasons. Archana Puran Singh has been featured in 100+ Movies and Television serials.

She made her film debut with Nari Hira’s TV movie Abhishek opposite Aditya Pancholi in 1987. Later that year, she starred in Jalwa opposite Naseeruddin Shah. Later, she did small roles in big banner films like Agneepath (1990), Saudagar (1991), Shola aur Shabnam (1992), Aashiq Awara (1993), and Raja Hindustani (1996); she did item songs in films like the Govinda-starrer thriller Baaz and the Suniel Shetty starrer Judge Mujrim.

Thereafter, she has largely restricted herself to supporting roles in Hindi films, often in comedies. Some of her films are Love Story 2050, Mohabbatein, Krrish, Kuch Kuch Hota Hai, Masti, De Dana Dan and Bol Bachchan.