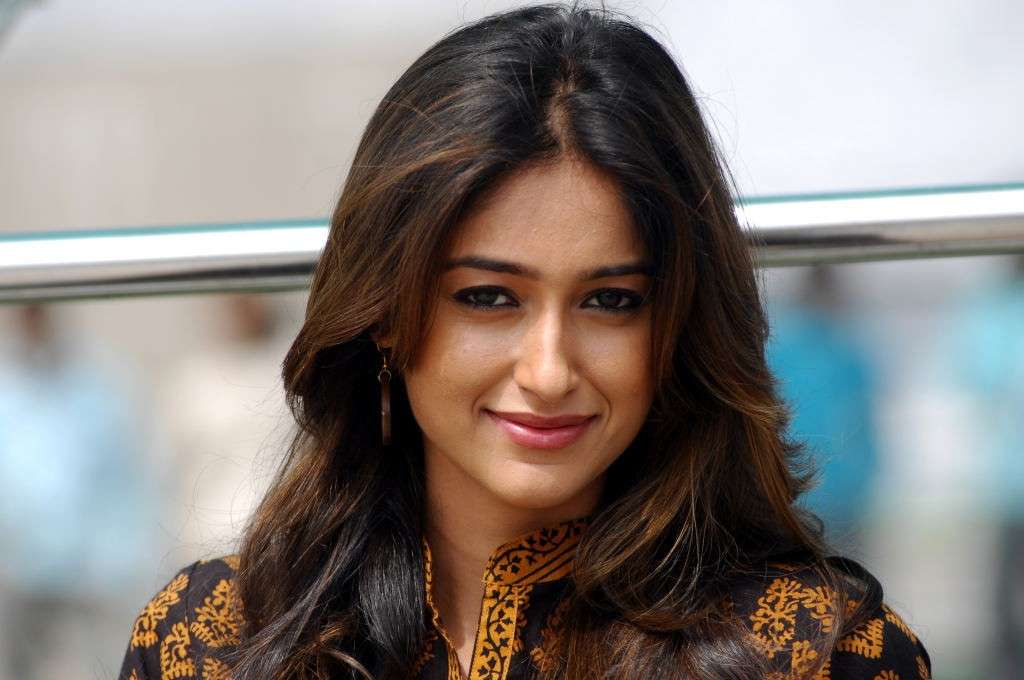 Ileana D’Cruz (born 1 November 1987) is an Indian actress and model who predominantly appears in Telugu and Hindi language films. D’Cruz was born in Mumbai and spent most of her childhood in Goa. D’Cruz made her screen debut in 2006 with Telugu-language film Devadasu, which was a commercial success whilst earning her the Filmfare Award for Best Female Debutant.

In April 2014 she gave a photo shoot for India’s well known magazine Man’s World. Her first release of 2014 was coming-of-age romantic action comedy film Main Tera Hero, a remake of the Telugu film Kandireega, which was produced by Balaji Motion Pictures and directed by David Dhawan. Featured alongside Varun Dhawan and Nargis Fakhri, she played a role of Sunaina Goradia. The film released to mixed reviews from critics, though it became a box office success. She then appeared in Saif Ali Khan’s maiden production Happy Ending where she played lead along Saif Ali Khan, Govinda and Kalki Koechlin which released on 21 November 2014. The film met with negative reviews and underperformed at the box office.

D’Cruz was born into a Goan Catholic family in Mahim, Mumbai on 1 November 1987. Her family relocated to Parra, Goa when she was 10 years old. Her mother tongue is Konkani.

D’Cruz had 2 releases in 2011. Her first film that year was Shakti, where she essayed the lead female role. She gave a stage performance for this movie’s audio release function along with Jr. NTR, as part as promotion of the film. The socio-fantasy film, the costliest Telugu film ever made at ₹ 250,000,000,. Her next release was Nenu Naa Rakshasi, which marked her second collaboration with Puri Jagannadh. Though the film was a failure, her performance was received positively by critics; an Indiaglitz reviewer described her as a “pleasant surprise in the film” as she “cried, smirked, looked hot, grabbed sympathy and made faces that were apt to the scenes”, while cinegoer’s reviewer cited that the film had “one bright spot, Ileana, she looks stunning and also like an accomplished senior to the hero.” Despite her recent failures, D’Cruz continued to be the highest-paid actress in South India.

She made her Tamil-language film debut in Kedi (2006). Although the film did not do so well at the box-office, D’Cruz remained too busy to accept all the film roles offered to her. Her Telugu film Khatarnak (2006) in which she acted opposite Ravi Teja did not do as well as expected, which has been attributed to her glamorous appearance not going down well with the audience. She subsequently experienced a breakthrough in her career as her following releases Rakhi (2006) and Munna (2007) proved critically and financially successful.

D’Cruz appeared in the 2007 film Aata. She received favourable reviews for her performance as Satya, a college student who is on the run from the home minister’s crooked son by whom she is targeted, when leading a protest and demanding punishment for his crimes. In 2008, she performed the female lead role in the action film Jalsa, directed by Trivikram Srinivas. D’Cruz received largely positive remarks, with critics citing that she looked “pretty”, “damn cool”, and “every bit chic and stunning throughout the film”, while being later awarded the Santosham Award, one of five awards for Jalsa, and the South Scope Style Award, besides garnering a nomination for the Best Actress prize at the 56th Filmfare Awards South. Her first 2009 release, titled Kick, was likewise declared a box office success, becoming one of the highest-grossing films that year.

She is appearing in COVID-19 delayed film The Big Bull, a biographical crime film, on stockbroker Harshad Mehta’s life. She has completed the filming of Unfair & Lovely opposite Randeep Hooda. Both films are slated to release in 2021.

In early 2012, she starred in the Tamil film Nanban directed by S. Shankar, a remake of the 2009 Hindi film 3 Idiots. The film opened to high positive reviews from critics praising the performance. It became a major financial success, grossing ₹400 million (US$5.6 million) at the box office on its first week. Her next release was the action comedy Julayi, written and directed by Trivikram Srinivas. D’cruz was featured as Madhu opposite Allu Arjun. The film opened to positive reviews and became the third biggest hit in 2012 and biggest hit in Telugu. She then starred in Puri Jagannadh’s comedy Devudu Chesina Manushulu. In this film she played the role of a taxi driver. The film received mixed reviews and eventually under-performed at the box office.

In 2005, D’Cruz was called for an audition by director Teja, but the project was cancelled. She made her feature film debut in the Telugu language romance film Devadasu (2006), directed by Y. V. S. Chowdhary. She underwent acting classes with Aruna Bhikshu, before starting to work on the film. She recalls that during filming she felt “pressured … almost cried and didn’t want to go further”, but went ahead after her mother encouraged her, giving her “the lecture of a lifetime […] at 3 am.” A review from Indiaglitz stated that she “has chiseled features and a figure to die-for.” Devadasu became the year’s first commercially successful Telugu film, eventually grossing around ₹140 million, whilst earning D’Cruz the Filmfare Award for Best Female Debutant. She next appeared in the gangster film Pokiri in which she portrayed an aerobics teacher, who is harassed by a corrupt police officer. The film was a high financial success, emerging as the highest-grossing Telugu film at the time.

After taking a sabbatical, in February 2016 she started Akshay Kumar’s Rustom which released in August 2016. The film emerged as one of the highest Indian grossing films of 2016, more than 2 billion at the box office. Ileana was praised for her performance as Cynthia Pavri, which garnered her numerous award nominations.

In 2019, she appeared in Pagalpanti, a comedy film by Anees Bazmee.

Later that year she starred in the films Rechipo and Y. V. S. Choudary’s Saleem both of which performed poorly at the box office.

She next appeared in the Rajkumar Santoshi action comedy film Phata Poster Nikhla Hero opposite Shahid Kapoor. The film released on 20 September 2013 to mixed reviews, and the film was eventually declared a poor grosser at the box office. However, D’Cruz received mixed reviews for her performance, with the Times of India saying that she was “good with emotions but not so tuned into comedy yet.”

She was in a relationship with Andrew Kneebone, an Australian photographer. It was rumored that they both had already been married. On 28 August 2019, Indian media aired the news that the couple have broken up.

During that time, the manager of the hotel her mother was working in, suggested that she had a vibrant smile and should start modelling and fixed a meeting with Marc Robinson. Though initially reluctant, she was persuaded and her first portfolio was created in January 2003, which she described as a “disaster”. She began gaining notice through photo shoots and ramp shows and her second portfolio was set up the following year, which landed her three advertisements from Electrolux, Emami Talc and Fair & Lovely. The latter, in particular, which was directed by Rakesh Roshan, gave her exposure and brought in several offers for acting in feature films.

D’Cruz made her Hindi debut with Anurag Basu’s Barfi! In addition to playing the role of the narrator, she portrayed the character of Shruti Ghosh, a girl who leaves her true love for material comforts. The movie released on 14 September 2012, to highly positive reviews from critics, and was a major commercial success, earning ₹1.75 billion (US$25 million) worldwide. D’Cruz’s performance was well received, earning her a Filmfare Best Female Debut Award, as well as a nomination for Filmfare Award for Best Supporting Actress. Rachit Gupta from Filmfare said “This is Ileana’s first film but her fantastic performance is just a testament why the Telugu audience consider her a superstar. Of course it also helps that she is the most visually appealing in Barfi! out shining even the scenic hills of Darjeeling”. Rajeev Masand stated “Ileana leaves a lasting impression in her Hindi film debut, conveying both love and pain through those beautiful, expressive eyes”. The film was screened at the Busan International Film Festival, Marrakech International Film Festival and was chosen as India’s official entry to the Oscars for the 85th Academy Awards.