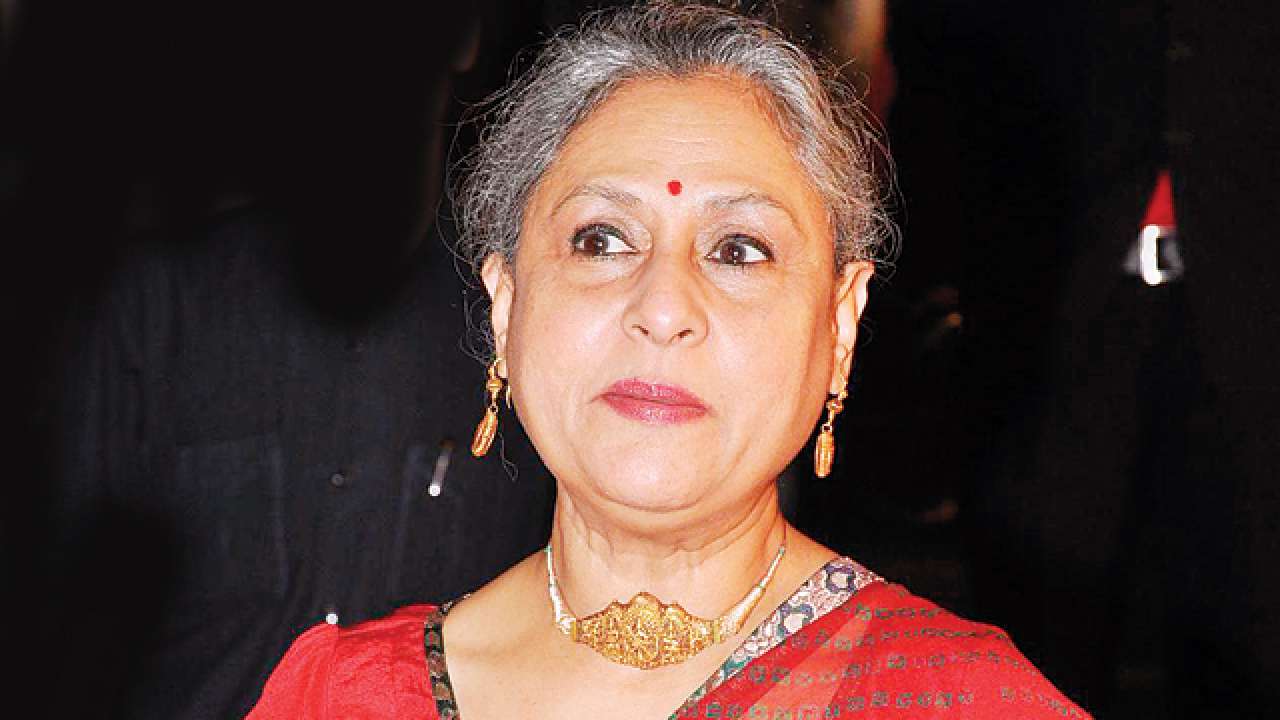 In 2011, she appeared in the Bangladeshi film Meherjaan starring with Victor Banerjee and Humayun Faridi. The film is based on a Bangladesh-Pakistan love story in the backdrop of the 1971 Bangladesh atrocities.

Making her film debut as a teenager in Satyajit Ray’s Mahanagar (1963), Bachchan’s first screen role as an adult was in Guddi (1971), directed by Hrishikesh Mukherjee, with whom she collaborated in several films thereafter. She was noted for her refreshing performances in films like Uphaar (1971), Koshish (1972) and Kora Kagaz (1974), among others. She starred alongside her husband Amitabh Bachchan in several films including Zanjeer (1973), Abhimaan (1973), Chupke Chupke (1975), Mili (1975) and Sholay (1975).

After a gap of 18 years, she returned to acting with Govind Nihalani’s Hazaar Chaurasi Ki Maa (1998), a film about the Naxalite movement. In 2000, she starred in Fiza for which she received the Filmfare Best Supporting Actress Award.. She also starred in Karan Johar’s ensemble family melodrama Kabhi Khushi Kabhie Gham… (2001) with her husband. She then starred in Johar’s tearjerking romantic comedy-drama, Kal Ho Naa Ho (2003) playing Preity Zinta’s mother, Jennifer Kapur, both of which earned her the Filmfare Best Supporting Actress Award. She starred with her son Abhishek in Laaga Chunari Mein Daag (2007) and Drona (2008).

Bachchan’s speech during the musical launch of Drona in the second half of 2008 was criticised by some sections of politicians in Maharashtra. In response to the film’s director, Goldie Behl, making his introductory speech in English, she said in Hindi, “Hum UP ke log hain, isliye Hindi mein baat karenge, Maharashtra ke log maaf kijiye”. (Translation: “We are people from UP, so we will speak in Hindi. People of Maharashtra, please excuse us.”) Subsequently, she encouraged actress Priyanka Chopra to speak in Hindi. Maharashtra Navnirman Sena (MNS) president Raj Thackeray commented that she had no business referring to all the people of Maharashtra in her statement. He threatened to ban all Bachchan films unless she apologised in a public forum for hurting the sentiments of Maharashtrians. MNS workers began to attack theatres screening The Last Lear, which starred her husband. Shiv Sena MP Sanjay Raut also criticised her statement, “After making all your success and fortune in Mumbai, if you feel like saying that we are from UP, it’s very unfortunate”. Amitabh Bachchan tendered an apology for her statement on her behalf.

Bhaduri is daughter of Taroon Kumar Bhaduri, a journalist, author, and poet and his wife, Indira. Taroon Kumar wrote a famous book Obhishopto Chambol (“Cursed Chambal”), an account of his experiences as a journalist / writer in the area. This book provided the raw material and inspiration to almost all dacoit-related films made by the Hindi film industry in India.[citation needed] Bhaduri attended a Missionary School, St. Joseph’s Convent in the city of Bhopal.[citation needed]

Following her marriage to actor Amitabh Bachchan and the birth of their children, she restricted her work in films, excluding exceptions like Nauker (1979) and Silsila (1981). After a 17-year sabbatical, she returned to acting with Govind Nihalani’s Hazaar Chaurasi Ki Maa (1998). Since then, she has appeared in films like Fiza (2000), Kabhi Khushi Kabhie Gham… (2001) and Kal Ho Naa Ho (2003), all which garnered her high critical acclaim and awards.

On 3 June 1973, she married Amitabh Bachchan. The couple have two children: Shweta Bachchan and Abhishek Bachchan, who is also an actor. Shweta is married to industrialist Nikhil Nanda, grandson of the Kapoor family in Delhi, and has two children, Navya Naveli and Agastya Nanda, while Abhishek Bachchan is married to actress Aishwarya Rai, and has a daughter, Aaradhya Bachchan.

Inspired by her experience with Ray, she joined the Film and Television Institute of India (FTII), Pune and graduated with the gold medal. Hrishikesh Mukherjee cast her in Guddi (1971), to play the eponymous role of a petite school-girl obsessed with film star Dharmendra. Guddi was a commercial success, and created the girl-next-door image for her, which she was often associated with through the rest of her career. While she did venture out to play glamorous roles as in Jawani Diwani, (1972) and a semi-negative character of an amnesia-faking heroine in Anamika (1973), she was most recognised for her roles epitomising middle-class sensibility, which she played amiably in films of “middle-cinema” directors such as Gulzar, Basu Chatterjee and indeed Hrishikesh Mukherjee. These films include Uphaar (1971), Piya Ka Ghar (1972), Parichay (1972), Koshish (1972) and Bawarchi (1972). They also made her a star.

In Gulzar’s Koshish (1973), Bhaduri and Sanjeev Kumar played a deaf couple who struggle through their difficulties as handicapped people. She described the film as “a learning experience” which motivated her to do social work in future.

Jaya Bachchan (née Bhaduri; born on 9 April 1948) is an Indian film actress, politician and a member of Parliament in the Rajya Sabha from the Samajwadi Party, notably serving four terms since 2004. She is particularly known for reinforcing a natural style of acting in both mainstream and “middle-of-the-road” cinema. During her career, she won nine Filmfare Awards: including three for Best Actress and three for Best Supporting Actress. She was awarded the Filmfare Lifetime Achievement Award in 2007. In 1992, she was awarded the Padma Shri by the Government of India.

Her daughter Shweta was born around the time Jaya and Amitabh were working on Sholay. Following this, she retired from films and focused on raising her children, making an exception for Yash Chopra’s Silsila (1981), once again opposite her husband. During the late 1980s, she wrote the story for Shahenshah (1988), which starred her husband in the lead.

Jaya Bachchan is an alumna of the Film and Television Institute of India. She first starred in Satyajit Ray’s Bengali film, Mahanagar (1963) at the age of 15, with Anil Chatterjee and Madhabi Mukherjee.She then appeared in two more Bengali films: a 13-minute short Suman, and the comedy Dhanyee Meye (1971), where she played the role of Uttam Kumar’s sister-in-law.

She first acted with Amitabh Bachchan in Bansi Birju (1972), followed by B.R. Ishara’s Ek Nazar also in the same year. When Amitabh had faced a string of flops and most lead heroines refused to work with him in the Salim–Javed scripted Zanjeer (1973), she agreed to step in. The film turned out to be a big hit creating Amitabh Bachchan’s angry-young-man image. All their successive films as a pair were huge hits – Abhimaan (1973), Chupke Chupke (1975), Mili (1975) and Sholay (1975).

Bachchan was first elected in 2004 as the Member of Parliament from the Samajwadi Party, representing Uttar Pradesh in the Rajya Sabha till March 2006. She got a second term from June 2006 till July 2010 and in February 2010 she stated her intent to complete her term. [clarification needed] She was re-elected in 2012 for the third term and again in 2018 for her fourth term in the Rajya Sabha from Samajwadi Party. Also, she campaigned for All India Trinamool Congress during 2021 West Bengal Legislative Assembly election.