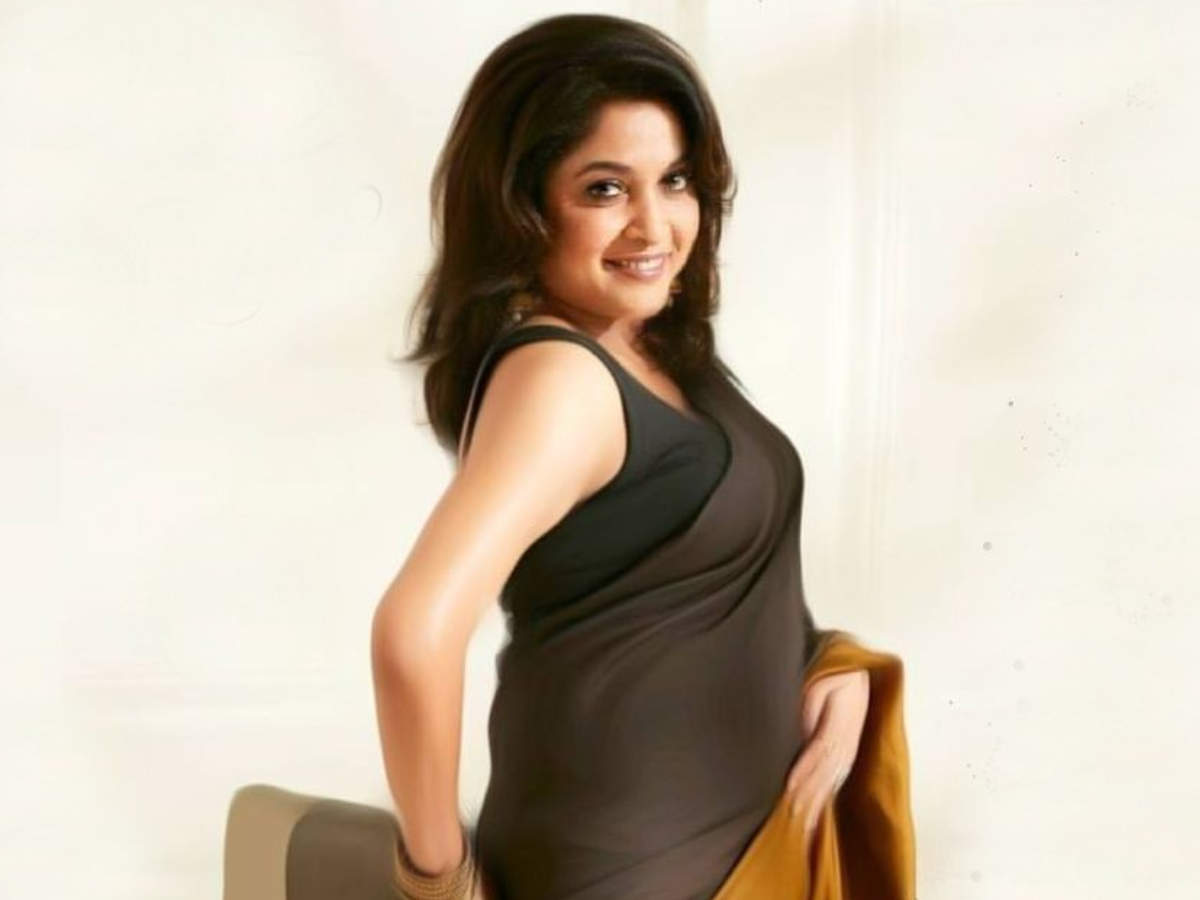 Ramya made her debut in Hindi in Parampara under Yash Chopra direction. Then she acted in few Hindi films includes Subhash Ghai’s Khalnayak, Mahesh Bhatt’s Chaahat and David Dhawan’s Banarasi Babu and Bade Miyan Chote Miyan along with Amitabh Bachchan and Govinda.

Ramya started her acting career in 1984 at the age of 14 in the Tamil film Vellai Manasu, opposite Y. G. Mahendra. In 1986, she made her debut in Telugu with Bhale Mithrulu. Both the films went unnoticed. Then she went onto play supporting roles in Tamil films which include Padikkadavan starring Rajinikanth and Per Sollum Pillai starring Kamal Haasan in Tamil.

Ramya had worked in Kannada films such as Krishna Rukmini, Gadibidi Ganda, Mangalyam Tantunanena, Neelambari, Raktha Kanneeru. In Malayalam, she made her debut in Neram Pularumbol along with Mammootty and Mohanlal. Her notable film in Malayalam was Ore Kadal with Mammootty. Which received National Film Award for Best Feature Film in Malayalam. She also acted in Anuragi and the commercially successful Aryan (1988) with Mohanlal.

Ramya Krishnan (born 15 September 1970) is an Indian film actress. She has acted in over 260 films in five languages: Telugu, Tamil, Kannada, Malayalam and Hindi. Ramya has won four Filmfare Awards, three Nandi Awards and a Tamil Nadu State Film Award. She is credited as Ramya Krishna in the Telugu and Kannada film industries.

After a series of failures in both Tamil and Telugu, she achieved fame through Kasinadhuni Viswanath’s Sutradharulu, released in 1989. The film went onto win National Film Award for Best Feature Film in Telugu. As her breakthrough came from K. Raghavendra Rao directorial movies where she emerged as a commercial romantic diva of the season, due to successful movies such as Alludugaru (1990), Allari Mogudu (1992), Major Chandrakanth (1993) along with Mohan Babu and Allari Priyudu (1993) along with Rajasekhar. Her performance in Allari Priyudu received praise from audience. She emerged as a leading actress in the Telugu industry alongside Soundarya, Meena, Roja and Nagma in the 1990s. Her films with Nagarjuna received a widespread praise from audience in the films like Hello Brother, Criminal, Gharana Bullodu, Annamayya and Chandralekha. She played the role of a devoted wife of Sri Annamacharya, which was played by Nagarjuna in the film Annamayya (1997). In 1998, she played a leading role in Kante Koothurne Kanu. She received a prestigious Nandi Award for Best Actress from the Government of Andhra Pradesh for her performance in the film.

She married Telugu film director Krishna Vamsi on 12 June 2003. They have a son.

She made her debut in digital platform with Queen in 2019. The series received much acclaim for its writing and Ramya’s performance. The critic from India Today stated “Ramya Krishnan as the failing actress and a budding politician(the later part of Shakthi’s life) puts in a measured performance and it is what stands out in a series that relies heavily on performances”.

After a four-year break from Tamil cinema, In 1999, Ramya played the female antagonistic role in the Tamil film Padayappa along with Rajinikanth. Her performance in the film as “Neelambari” received a much critical acclaim. The critic from Rediff stated “Ramya does a fantastic job. She is vicious to her dying breath, when she declares she will revenge herself in her next life. She does a fabulous tandav of rage when her father commits suicide”. She went onto receive several awards including Filmfare Award for Best Actress – Tamil and Tamil Nadu State Film Award Special Prize. She then starred in commercially successful films like Paattali, Budget Padmanabhan and Panchatanthiram. Her performance in Panchatanthiram as “Maggie” received critical acclaim. The critic from Screen praised as her “one of the finest performances ever”.
In her career, Ramya played the role of a Goddess in many films which include, highly acclaimed Ammoru, Rajakali Amman and Annai Kaligambal.

She was one of the three judges in a dance show on STAR Vijay: Jodi Number One, season 1, followed by season 5. She hosted a popular show “Thanga Vettai” on Sun TV and starred in Tamil tele-series like Kalasam, Thangam and Vamsam.In 2019,she has been as a host for two episodes in Telugu Television reality-show Bigg Boss 3.She is currently working in Zee Telugu’s supernatural-fantasy TV Series Nagabhairavi.

In 2015, Ramya acted in S.S. Rajamouli’s fantasy multi-starrer Baahubali: The Beginning and its sequel Baahubali: The Conclusion, where she played Rajamata Sivagami. Her performance met with the critical acclaim and the film became the highest grossing Indian film. Sangeetha Devi Dundoo praised Ramya’s performance and stated “Ramya Krishnan once again aces with her part”. She received Filmfare Award for Best Supporting Actress – Telugu for both films. After the success of Baahubali, she reunited with Mohan Babu in Mama Manchu Alludu Kanchu and Nagarjuna in Soggade Chinni Nayana. In 2019, she played a porn actress in critically acclaimed Super Deluxe directed by Thiagarajan Kumararaja. Srivatsan S from The Hindu stated her role as “boldest role yet”.

Ramya was born in Madras (present-day Chennai). She is the niece of the Tamil film actor, comedian and former Member of Parliament, Rajya Sabha Cho Ramaswamy. She received initial training in Bharathanatyam, Western and Kuchipudi dance forms and has given many stage performances.