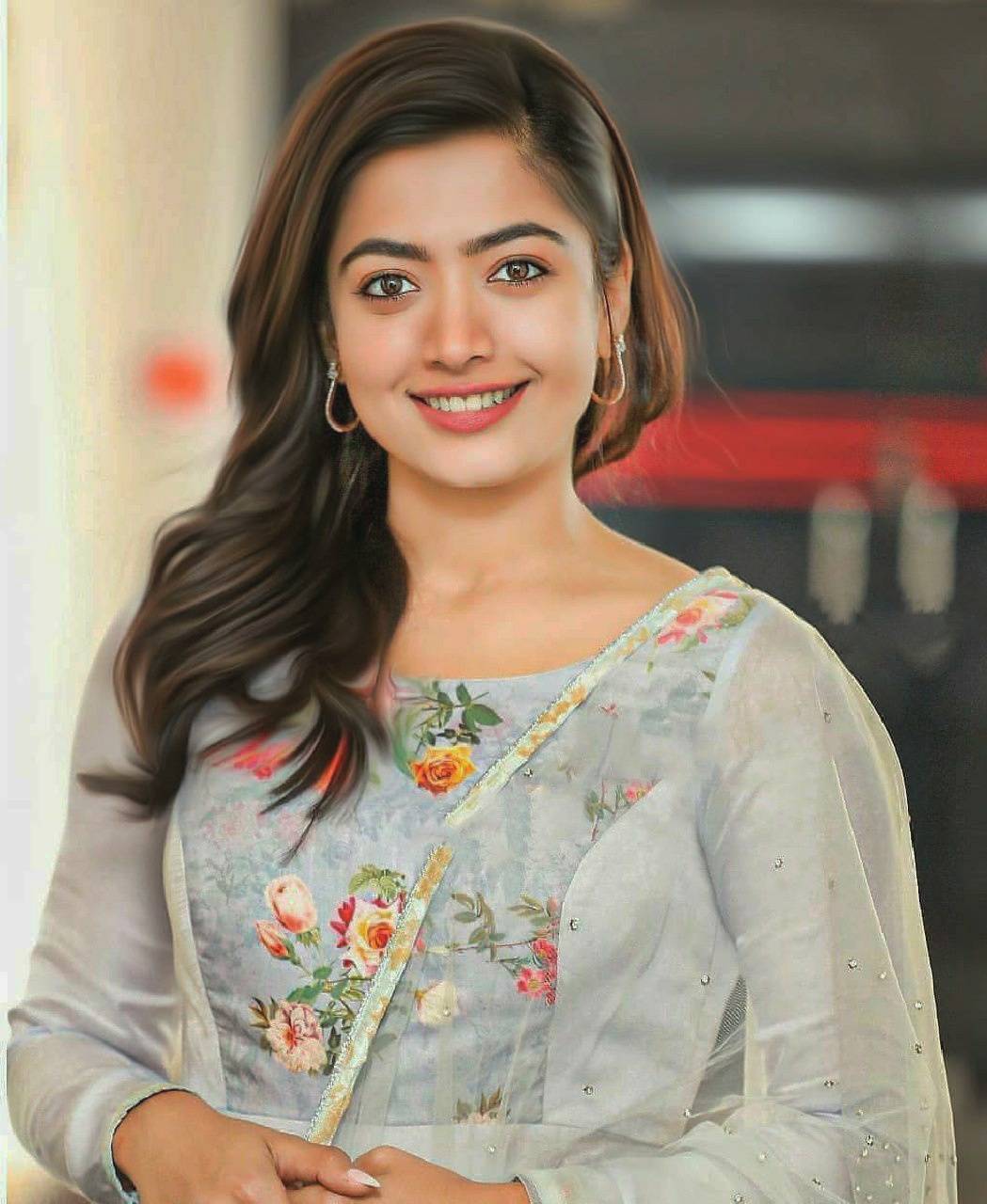 Her next release was multi-starrer big budget film titled Devadas, she shared a space with Akkineni Nagarjuna and Nani as one of the main lead in the film along Akanksha Singh. It marked her hat-trick hit film in her career in Telugu film industry according to few regional reliable sources. She had less screen space, though received critical appraisal for her performance. The Times of India’s writer states that “Rashmika deserved better character arc, even though she plays a people of prominence.”

She made her Telugu cinema debut opposite Naga Shourya with the film titled Chalo, which ran for 100-days in some theatres, critics have been heaped praise on Mandanna for her performance. The First post`s Hemanth Kumar wrote that “Rashmika makes a terrific debut and she’s a joy to watch on screen”. While writer of The Hindu`s Srivathsan Nadadhur stated that she makes a “Confident debut”.

She won the Clean & Clear Times Fresh Face of India 2014 title which was awarded in January 2015 and was made the brand ambassador of Clean & Clear. Then she won the title of La Mode Bangalore’s Top Model Hunt 2015, Season 2. Her pictures from the Fresh Face competition impressed the makers of the film Kirik Party who then cast her as the female lead for the film in March 2016. She was at 24th position of ‘Bangalore Times 25 Most Desirable Women of 2016’ and the winner of the ‘Bangalore Times 30 Most Desirable women of 2017’.

In 2021, Mandanna starred in the Kannada language film Pogaru opposite Dhruva Sarja. Mandanna also made her Tamil debut with Sulthan opposite Karthi, which was directed by Bakkiyaraj Kannan. Her upcoming filmography includes two Telugu films: Sukumar’s Pushpa opposite Allu Arjun and Kishore Tirumala’s Aadavaallu Meeku Johaarlu alongside Sharwanand. The same year, Mandanna also began shooting for her upcoming Hindi films. Starting with her debut, titled Mission Majnu, directed by Shantanu Bagchi and starring opposite Sidharth Malhotra. She will also be seen in Goodbye, directed by Vikas Bahl, co-starring Amitabh Bachchan.

In 2017, Mandanna’s first release was Harsha’s Anjani Putra opposite Puneeth Rajkumar, which ran for 50-days in some theatres of Karnataka. The Times of India’s Sunayana Suresh wrote that “Rashmika Mandanna as cute as the leading lady and shows that she has comic timing that can be tapped in to.” The New Indian Express`s Sharadhaa claimed that “This is Rashmika Mandanna’s first movie with Puneeth and she has upped her glam quotient, even while keeping her girl-next-door appeal.”

Mandanna began dating her co-star Rakshit Shetty during making of Kirik Party, and the couple got engaged on 3 July 2017 in a private ceremony in her hometown of Virajpet. The couple mutually broke off their engagement in September 2018, citing compatibility issues.

Her next and last release was Chamak opposite Ganesh, which ran for 100-days in a couple of theatres,
she receives critical acclaim from critics for her role as Khushi,
While Bangalore Mirror`s writer Shyam Prasad claimed that “Rashmika sparkles in acting.” Latter garnered her first nomination for Filmfare Award for Best Actress – Kannada at 65th Filmfare Awards South.

Mandanna started 2019 acting in Yajamana, Kannada language film opposite Darshan, which received decent reviews from the both audience and critics upon the release. And began earning a profit within five-days of its release. Later it collected over ₹50 crore against production budget ₹18 crore and ran for over 100-days in some theatres in Karnataka.
She has been received critical acclaim for her performance as Kaveri, Times Of India editor claimed that “Rashmika Mandanna is cute and her pairing with Darshan works well”. In 2019, her next film was Dear Comrade opposite Vijay Devarakonda, which opened to mixed reviews from both critics and audience. It went on to become a financial failure and touted as first flop at box office in Mandanna’s film career. Even though she received critical acclaim for her performance in the film as ‘Lilly’.

Her next film was Geetha Govindam opposite Vijay Devarakonda, which opened to positive reviews and went on to collect over ₹130 crore against production budget ₹5 crore and ran for 100-days in couple of theatres.
and brought her much recognition, making her very popular in Telangana and Andhra Pradesh, alongside she received immense critical appraisal from both critics and audience, Hindustan Times`s Priyanka Sundar noted that “Rashmika have taken this solid plot a notch higher with their delightful performances. Rashmika especially will have you rooting for her throughout the film”.

Rashmika Mandanna was born on 5 April 1996 in a Kodava-speaking family to Suman and Madan Mandanna in Virajpet, a town in Kodagu district of Karnataka. She did her schooling in Coorg Public School (COPS), Kodagu before she pursued a pre-university course in Mysore Institute of Commerce and Arts. She later pursued a bachelor’s degree in Psychology, Journalism and English Literature from the M. S. Ramaiah College. Along with her studies, she pursued modelling and appeared in a couple of advertisements.

Mandanna made her acting debut at the age of 19 with Kirik Party in 2016, which opened to widespread acclaim from critics and audiences alike and went on to become highest-grossing film of the year by collecting ₹50 crore against production budget ₹4 crore, and completed 250-days in main theatres of Karnataka, alongside Mandanna’s performance received praise for her performance as Saanvi. The writer Sunayana Suresh of The Times of India states that “Rashmika Mandanna as Saanvi is easy that pin-up girl in college and she breathes her path.” The film’s reviewer for The New Indian Express wrote, “Rashmika Mandanna has outshone in the film along with the main character”. The Deccan Chronicle`s Shashiprasad noted that “Beautiful senior Saanvi played by Rashmika Mandanna, her beautiful and cute portrayal of Saanvi will surely remind all the guys their unforgettable crush from college days.” This won her SIIMA Award for the Best Debut Actress.

In 2020, Mandanna starred opposite Mahesh Babu in Telugu film Sarileru Neekevvaru, which opened to decent reviews from audience and critics upon the release and went on to become one of the highest-grossing Telugu films, and emerged as Mandanna’s career highest profit earner to date by collecting ₹2 billion in just 10-days. And went on to collect over ₹2.6 billion in 50-days theatrical run at worldwide box office. Her next Telugu film in 2020 was Bheeshma opposite Nithiin, which opened to positive response from the both critics and audience. The film went on to become a financial hit at worldwide box office by collecting over ₹40 crore in just a week of its release. She received praise for her performance as Chaitra. The Firstpost’s editor Hemanth Kumar praised her chemistry with Nithiin.

Mandanna made her acting debut with the 2016 Kannada film Kirik Party. Later she made her Telugu debut with romantic drama Chalo in 2018. In the same year, she starred in the romcom film Geetha Govindam, which has become one of the highest profit earners in Telugu cinema, which earned her wide recognition. Her third Telugu venture was the big budget film Devadas. It marked her third consecutive successful film in the same year in Telugu cinema.

Rashmika Mandanna (born 5 April 1996) is an Indian actress and model who works predominantly in Telugu and Kannada language films. She has received a Filmfare Award and a South Indian International Movie Awards.