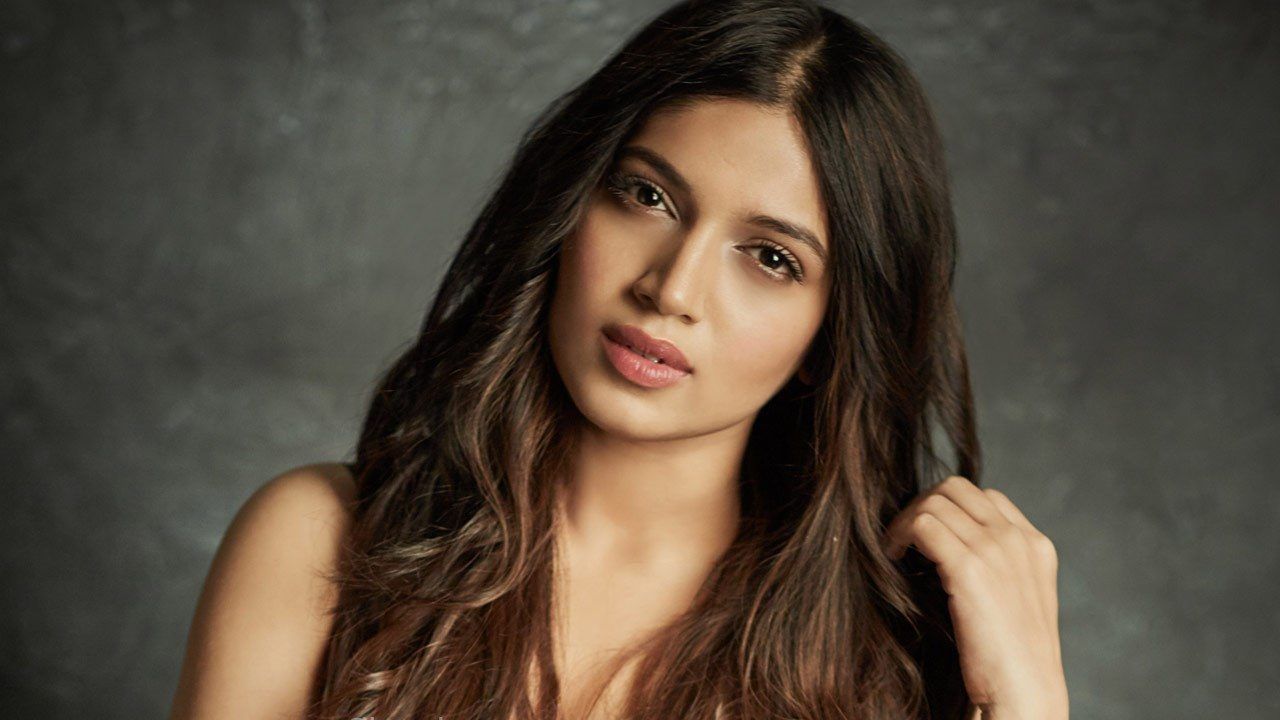 Pednekar followed the success of Toilet: Ek Prem Katha with Shubh Mangal Saavdhan (2017), a satire on erectile dysfunction, which reunited her with Khurrana. Reviewing the film for The Indian Express, Shubhra Gupta wrote that Pednekar “once again reminds us just how convincing she can be as a real honest-to-goodness young woman in search of love”, but bemoaned that she was being typecast in such roles. It earned over ₹790 million (US$11 million) against its ₹250 million (US$3.5 million) budget to emerge as a commercial success, and garnered Pednekar a nomination for the Filmfare Award for Best Actress. Her sole screen appearance of 2018 was in Zoya Akhtar’s segment in the Netflix anthology film Lust Stories (2018), in which she played a maid who has an affair with her employer. Writing for NDTV, Raja Sen considered Akhtar’s segment to be the best among the four films in the anthology, and found Pednekar “hauntingly good” in it.

In 2019, Pednekar began a campaign named Climate Warrior to raise awareness on environmental protection and global warming. She is also vocal about issues such as pay parity and has spoken out about the gender pay gap in Bollywood, calling it “insulting” and “heartbreaking”. In 2020, she teamed with MTV India for their Nishedh campaign, which aims to create awareness about health issues, including reproductive health, among the youth.

Continuing her portrayals of headstrong small-town women, Pednekar starred in Bala and Pati Patni Aur Woh (both 2019). The former marked her third collaboration with Khurrana, in which she played a dark-skinned woman who faces prejudice due to her skin colour. Controversy arose for casting a fair-skinned woman in the role, but Pednekar defended herself by saying that an actor should be allowed to play any part. Pati Patni Aur Woh, a remake of a 1978 film of the same name and co-starring Kartik Aaryan and Ananya Panday, featured her as a housewife with a philandering husband. Anupama Chopra wrote that “it’s Bhumi Pednekar’s spirited Vedika who lifts the material up a notch. Bhumi has an intelligence that rescues some of the silliest scenes in this film, especially in the climax.” Both Bala and Pati Patni Aur Woh were commercially successful, each grossing over ₹1 billion (US$14 million) worldwide.

Pednekar has completed shoot with Rajkummar Rao for Badhaai Do, a spiritual sequel to the 2018 comedy Badhaai Ho. She has also committed to star in Karan Johar’s historical war period film Takht, alongside an ensemble cast of Ranveer Singh, Vicky Kaushal, Anil Kapoor, Kareena Kapoor, Alia Bhatt and Janhvi Kapoor. In March 2021, she will start Shashank Khaitan’s spy comedy Mr. Lele produced by Johar, alongside Kaushal and Kiara Advani.

Pednekar was born in Bombay (present-day Mumbai) on 18 July 1989. She is of Marathi and Haryanvi descent; her father, Satish, was a former home and labour minister of Maharashtra, and her mother, Sumitra, worked as an anti-tobacco activist after the death of her husband from oral cancer. She did her schooling from Arya Vidya Mandir in Juhu. At the age of 15, her parents took out a study loan for her to study acting at Whistling Woods International, but she was expelled due to poor attendance. Within a year and a half, she joined Yash Raj Films as an assistant film director, and paid off the loan. She went on to work with the company for six years under Shanoo Sharma.

Abhishek Chaubey’s crime drama Sonchiriya was Pednekar’s first release of 2019. She played a young housewife on the run in rural Chambal, alongside Sushant Singh Rajput and Manoj Bajpayee. In preparation, she underwent two and a half months of physical training to portray her character’s mannerism and gait; she also learned to fire a gun. Rahul Desai of Film Companion praised the subtlety in the film and its performances, and credited Pednekar for “lend an inevitable sense of womanhood to the silenced”. She next starred as the septuagenarian sharpshooter Chandro Tomar in Tushar Hiranandani’s biographical film Saand Ki Aankh, opposite Taapsee Pannu who played her sister-in-law Prakashi Tomar. In preparation, Pannu and Pednekar spent time with the two women and trained in shooting a gun. She suffered from skin allergies from filming in the heat wearing prosthetic make-up. Udita Jhunjunwala of Mint wrote, “Pannu and Pednekar are wonderful and spunky and embrace their parts even though their body language and posture is variable”. Both actresses were jointly awarded the Screen Award and Filmfare Critics Award for Best Actress.

Pednekar made her acting debut with Sharat Katariya’s romantic comedy Dum Laga Ke Haisha (2015). Starring opposite Ayushmann Khurrana, she featured as Sandhya, an overweight woman who marries Khurrana’s character. In preparation for the role, Pednekar gained close to 12 kg, despite being slightly overweight before filming commenced. Rajeev Masand reviewed, “Pednekar steals the film with an assured turn, effortlessly making you care for Sandhya, without ever reducing her to a slobbering, self-pitying caricature.” After filming, she began losing weight and shared methods and tips of the process through her social media. She lost significant weight before the release of the film. The film proved to be a sleeper hit, and Pednekar won the Filmfare Award for Best Female Debut.

That same year, Pednekar appeared in Y-Films’s mini web-series Man’s World. The four-part series about gender inequality was digitally premiered on YouTube. After a year-long absence from the screen, Pednekar appeared in the social problem film Toilet: Ek Prem Katha (2017), alongside Akshay Kumar, which tells the story of a young woman in rural India who insists on the eradication of open defecation. Despite disliking the picture, Saibal Chatterjee of NDTV praised Pednekar for “flesh out a refreshingly relatable college topper who becomes the principal catalyst for a mini-revolution”. With a worldwide gross of over ₹3 billion (US$42 million), it emerged as one of the highest-grossing Indian films of all time.

Dolly Kitty Aur Woh Chamakte Sitare, an Alankrita Shrivastava directorial and co-starring Konkona Sen Sharma, was screened at the 24th Busan International Film Festival in 2019 and released on Netflix later in September 2020. Nandini Ramnath of Scroll.in wrote that despite doing a “fine job”, Pednekar had been overshadowed by her co-star Sen Sharma. Also in 2020, Pednekar had brief roles in the comedy-drama Shubh Mangal Zyada Saavdhan and the horror film Bhoot – Part One: The Haunted Ship. The same year, Amazon Prime Video streamed Durgamati: The Myth online, which was an adaptation of the Telugu horror thriller Bhaagamathie and saw her portray an IAS officer. It was helmed by G. Ashok and produced by Akshay Kumar and T-Series.

Bhumi Pednekar (born 18 July 1989) is an Indian actress who appears in Hindi films. After working as an assistant casting director at Yash Raj Films for six years, she made her film debut as an overweight bride in the company’s romantic comedy Dum Laga Ke Haisha (2015), which earned her the Filmfare Award for Best Female Debut.

The journalist Priyanka Roy of The Telegraph wrote in 2019 that Pednekar specialises in playing “women of fortitude with a strong moral fibre, mostly hailing from small towns”. She was featured by Forbes India in their 30 Under 30 list of 2018.