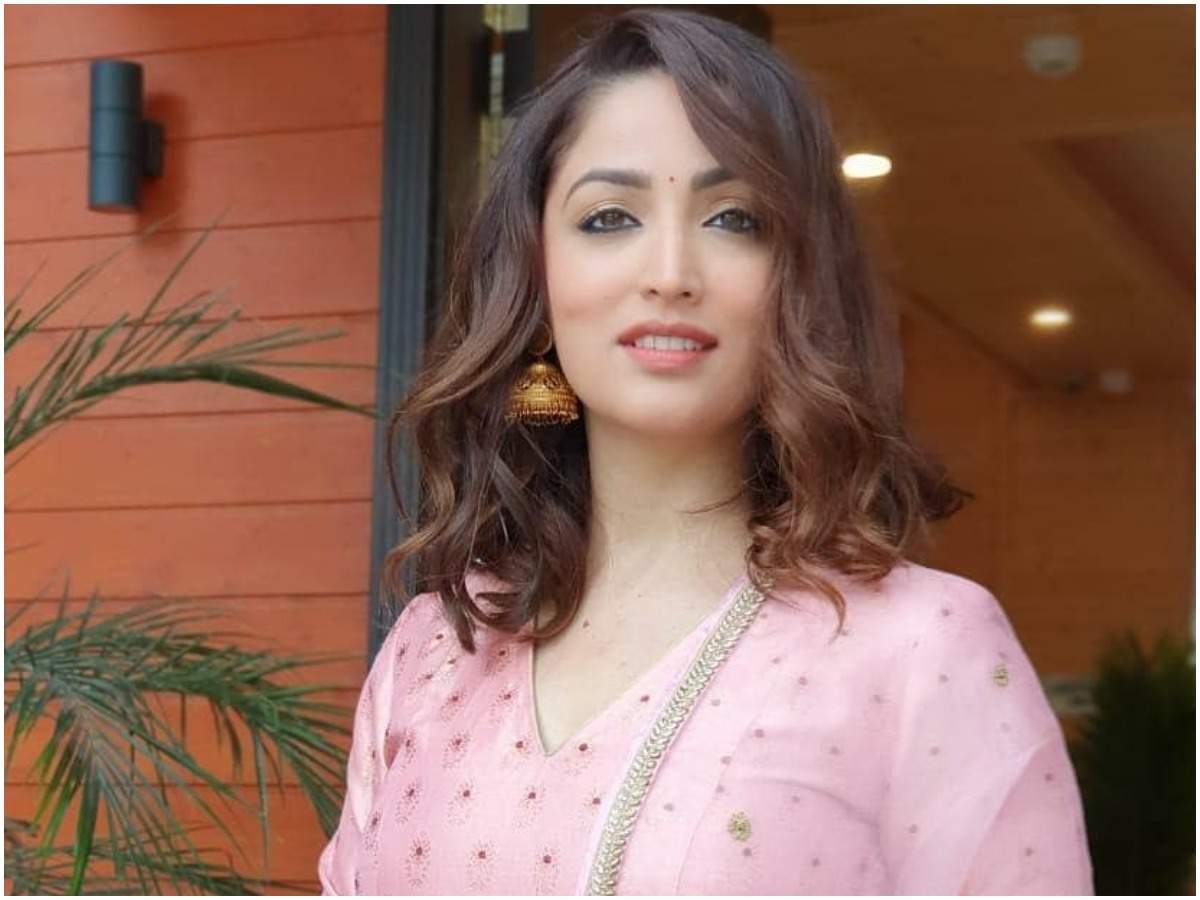 Yami Gautam was born on 28 November 1988 is an Indian actress who predominantly appears in Hindi films and also appeared in a few Telugu, Tamil, Kannada, and Malayalam language films. She came to prominence after starring in a series of Glow & Lovely commercials. She later made her television debut in Chand Ke Paar Chalo (2008–2009) and also appeared in Yeh Pyar Na Hoga Kam (2009–2010). Following this, she appeared in several South Indian films.

After a two-year absence from Bollywood films, Gautam returned in 2014 and appeared in two films, the first of which was Eashwar Nivas’s romantic comedy film Total Siyappa, co-starring Ali Zafar, Anupam Kher, and Kirron Kher, in which she played the love interest of Zafar’s character. Gautam’s second Bollywood release that year was Prabhu Deva’s action thriller Action Jackson, in which Ajay Devgan portrayed a double role, while she and Sonakshi Sinha featured as the love interests of his characters. Both Total Siyappa and Action Jackson underperformed at the box office.

Yami Gautam was born in a Hindu Brahmin family in Bilaspur, Himachal Pradesh, and was brought up in Chandigarh. Her father Mukesh Gautam is a Punjabi film director. Her mother is Anjali Gautam. She has a younger sister Surilie Gautam, who made her big screen debut with the Punjabi film Power Cut. She did her regular schooling, and later entered college to pursue a graduate degree in law honors. She had aspired to join Indian Administrative Services (IAS) as a young girl, but at the age of 20, decided to venture into an acting career. Though she was pursuing studies in Law Honors (first-year PU Student of law), she left full-time studies for acting. Recently, she has been doing her part-time graduation from Mumbai. She is fond of reading, interior decoration and listening to music.

Gautam’s greatest success came in 2019 when she appeared in Aditya Dhar’s military action thriller film Uri: The Surgical Strike, alongside Vicky Kaushal, Paresh Rawal, Mohit Raina, and Kirti Kulhari. Based on the 2016 Uri attack, Gautam portrayed Pallavi Sharma, a nurse-turned-an intelligence officer. Upon release, the film received mixed reviews and emerged as one of the highest-grossing Indian films of all time, grossing over ₹3.36 billion (US$54 million) worldwide. Her performance was critically praised. She reunited with Khurana in Amar Kaushik’s comedy-drama Bala, a satire on physical attractiveness, which was released on 7 November 2019. The film emerged as a critical and commercial success and her portrayal of TikTok star Pari Mishra was praised by critics.

As of October 2020, she appeared in the film Ginny Weds Sunny opposite Vikrant Massey directed by debutant Puneet Khanna and produced by Vinod Bachchan, which is available for streaming on Netflix from 9 October 2020.

The following year, Gautam collaborated with Hrithik Roshan on Sanjay Gupta’s revengeful romantic thriller Kaabil (2017), which tells the story of a blind man who avenges the rape of his blind wife. The film, as well as her performance, received mixed reviews and the film emerged as a financial success, earning ₹1.96 billion (US$28 million) worldwide. Later in 2017, Gautam featured briefly in Ram Gopal Varma’s political thriller Sarkar 3, the third installment of Varma’s Sarkar franchise, alongside Amitabh Bachchan, Jackie Shroff, Manoj Bajpayee, and Amit Sadh. Sarkar 3 failed to do well at the box office. Gautam’s next release was the Shree Narayan Singh directed-social problem dramedy Batti Gul Meter Chalu (2018), in which she played a lawyer alongside Shahid Kapoor, Shraddha Kapoor, and Divyendu Sharma. The film was a commercial failure.

After making her debut in lead with the 2009 Kannada film Ullasa Utsaha, Gautam made her Bollywood debut in a leading role in Shoojit Sircar’s romantic comedy-drama Vicky Donor (2012). Co-starring opposite debutante Ayushmann Khurana and Annu Kapoor, she portrayed Ashima Roy, a Bengali woman who falls in love with the titular character, a Punjabi lad from the Arora family, and gets to know about his past after marriage. The film, which marked Bollywood actor John Abraham’s production debut, received positive reviews from critics and proved to be a major commercial success and one of the highest-grossing films of the year with worldwide grossing of ₹645 million (US$3.9 million). For her debut performance, Gautam received critical acclaim as well as several awards and nominations, including the Best Female Debut (tied with Ileana D’Cruz for Barfi!) trophy at the Zee Cine Awards, and a nomination under the same category at the 58th Filmfare Awards.

Her brand endorsements include Glow & Lovely, Cornetto, Samsung Mobile, Chevrolet, Revlon among others.

In 2015, Gautam appeared alongside Varun Dhawan and Nawazuddin Siddiqui in Sriram Raghavan’s action thriller Badlapur. The film, which focuses on the story of a man (Raghu, played by Dhawan) who over the course of 15 years avenges the murder of his wife (Misha, played by her) and son, emerged as a critical and commercial success, collecting ₹770 million (US$11 million) worldwide. Gautam’s performance was praised.

Gautam was 20 when she moved to Mumbai to pursue a career in movies. She made her television debut in Chand Ke Paar Chalo,. She continued to play the lead in RajKumar Aaryan. Following this, she played her most notable role in television in, Yeh Pyar Na Hoga Kam, which aired on Colors. She has also participated in reality shows Meethi Choori No 1 and Kitchen Champion Season 1.

Gautam made her Hindi film debut in 2012 with the comedy Vicky Donor, which was a critical and commercial success. For her performance, she received praise as well as nomination for Filmfare Award for Best Female Debut. She went on to star as a young wife in the crime film Badlapur (2015), and a blind woman in the thriller Kaabil (2017). In 2019, she starred as an intelligence officer in the war film Uri: The Surgical Strike (2019), one of the highest-grossing Indian films, and garnered critical acclaim for playing a TikTok star in the satire Bala (2019).