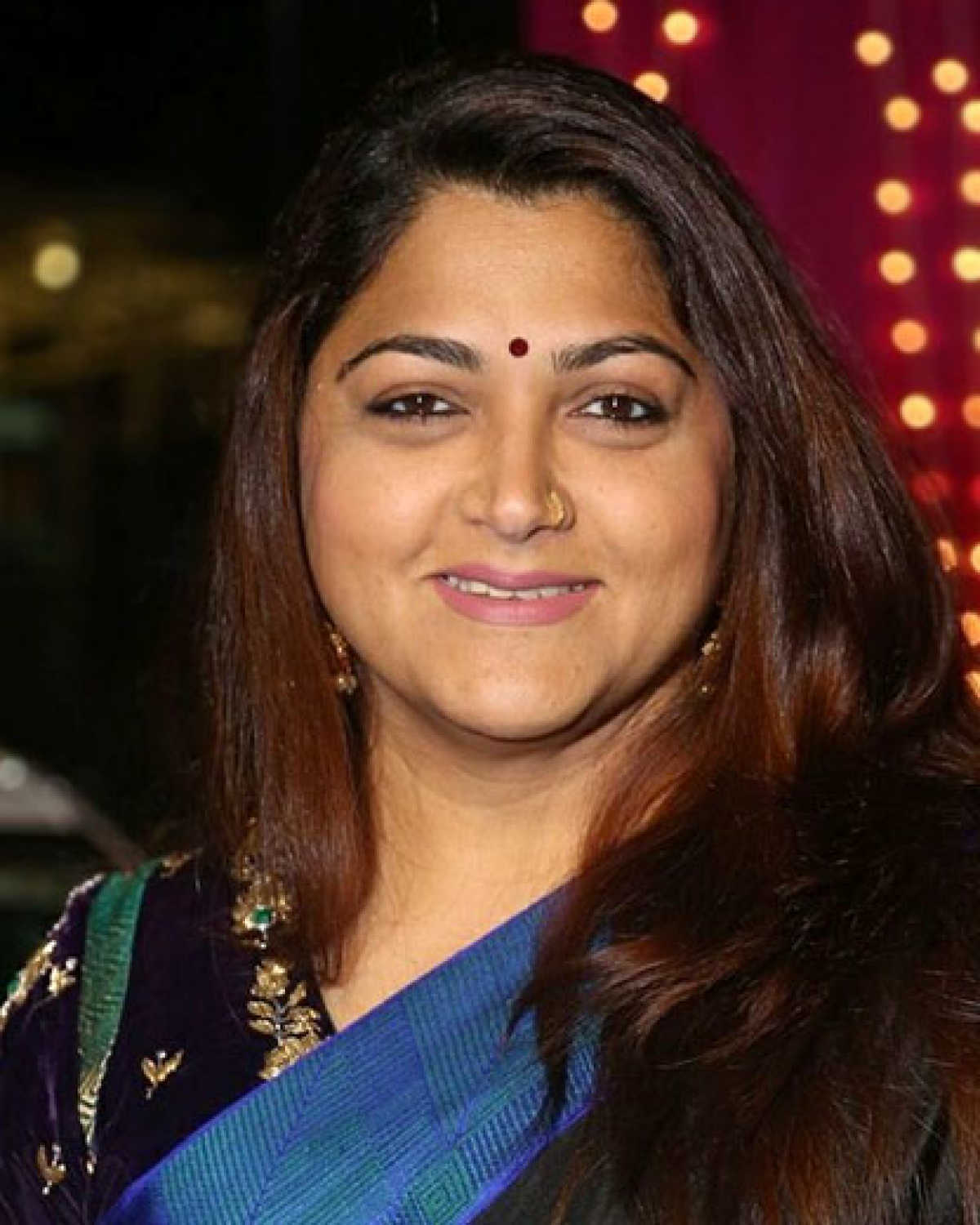 Khushbu played her first main lead in Jaanoo (1985), opposite Jackie Shroff. She also starred in Tan-Badan (1986), opposite Govinda, which was the first lead role for Govinda.

Khushbu, in the film Meri Jung (1985), danced with Javed Jaffrey in his first dancing role on screen in the super-hit song “Bol Baby Bol, Rock’n Roll”.

Khushbu was born on 29 September 1970 into a Muslim family in Mumbai, Maharashtra, India. She married film actor, director and producer Sundar C in 2000. They have two daughters, Avantika and Anandita, after whom they named their production house, Avni Cinemax. She has been living in Chennai for 36 years. .

In January 2006, in their first Indian edition, Maxim magazine featured a full-page composite photograph with her head pasted onto the body of a model wearing a two piece bikini. Khushbu filed two complaints: defamation and the indecent representation of women against the editor and 4 others involved with the magazine. The proceedings were later stayed by the Madras High Court in December 2007 based on a plea filed by one of those charged.

The Hindu Munnani and the Hindu Makkal Katchi filed several cases against kushbu for accusing the actress that she had disrespected Hindu gods by sitting cross-legged with her slippers in front of the idols of Goddesses Lakshmi, Sarswathy and Parvathy during ‘pooja’ for the muhurat at Chennai on 22 November 2007.

Khushbu Sundar (born Nakhat Khan) is an Indian film actress, producer and television presenter who has acted in more than 200 movies. She is predominantly known for her work in the South Indian film industry. She has received three Tamil Nadu State Film Awards and one Kerala State Film Award – Special Mention. She has also been conferred with prestigious Kalaimamani award by the Tamilnadu Govt.

Khushbu joined the DMK on 14 May 2010. She was welcomed by DMK Leader Karunanidhi at the party headquarters in Chennai. Khushbu quit DMK on 16 June 2014.
Khushbu joined the Indian National Congress on 26 November 2014 after meeting with then Congress President Mrs. Sonia Gandhi, and then Vice-President Mr. Rahul Gandhi. She was the National Spokesperson of the INC.
She resigned from Congress on 12 October 2020, and joined the Bharatiya Janata Party same day ahead of the Tamil Nadu Assembly elections in 2021.

Khushbu was introduced to South Indian screens through the Telugu film Kaliyuga Pandavulu (1986), opposite Venkatesh. She then moved her base to Chennai and started focusing on Tamil and other South Indian film industries. She has acted in more than 150 films after moving to the South. She has appeared opposite actors such as Rajinikanth, Kamal Hassan, Vijayakanth, Sarath kumar, Chiranjeevi, Vishnuvardhan, Ambareesh, Tiger Prabhakar, Ravichandran, Suresh Gopi, Sathyaraj and Prabhu.

Glamour model Kushbu created a controversy in December 2012 when she wore a saree which had images of hindu gods of Ram, Krishna and Hanuman. The Hindu Makkal Katchi demanded her for an apology and threatened to start agitations. She responded by saying that “I am not going to answer every Tom, Dick and Harry. Why should I? There is no need at all. Why are they worried about what a woman sports. Don’t they have any other worthwhile work?”.

Khushbu played a significant supporting role in Deewana Mujh Sa Nahin (1990), which also starred Aamir Khan and Madhuri Dixit. Her solo dance number “Sare Ladkon Ki Kar Do Shaadi” had become a major hit, and is still popular at “Ladies Sangeet” and marriage functions across North India. After that, she has mostly been working in South Indian film industries.

The Bharatiya Janata Party has fielded Khushbu for the 2021 Tamil Nadu Legislative Assembly election from Thousand Lights constituency in Chennai.

Khushbu has been a very vocal supporter of the bull-taming sport jallikattu, and has voiced her opinion at various national and international platforms. She even visited a cattle station in Warrnambool, Australia to get a better understanding of how cattle is treated and raised on farms outside India.

Khushbu and sprinter Usain Bolt are honorary members of Richmond Football Club, based in Melbourne, Australia. Khushbu was made the number-one ticket holder of Richmond Football Club in 2016, and was the number-one female ticket holder in 2017. She is the first Indian celebrity, and the only Indian female to be bestowed with such an honour in the AFL.

Khushbu has offered to help in the promotion of Little India cultural precincts in Melbourne by becoming its Brand Ambassador.

Khushbu has been very vocal about getting more recognition for South Indian cinema, and the non-Hindi cinema from India on global platforms and film festivals. She has always maintained that Indian cinema is not just about Bollywood movies.

Khushbu was introduced to Australian Rules Football by former Ministerial Adviser Nitin Gupta. She had agreed to help promote AFL Football in India after taking a guided tour of the Richmond Football Club. This offer was a goodwill gesture to further strengthen Australia–India relations.

During her peak, Khushbu was the leading actress of Tamil cinema. She became the first and only Indian actress for whom her fans built a dedicated temple.

In 2005, she said in an interview that if girls were to have pre-marital sex, they must safe guard themselves and take precautions to prevent pregnancy and sexually transmitted diseases. As a result, 22 complaints that she was “defaming Tamil womanhood and chastity” were brought against her, but in 2010 the Supreme Court dismissed all cases.