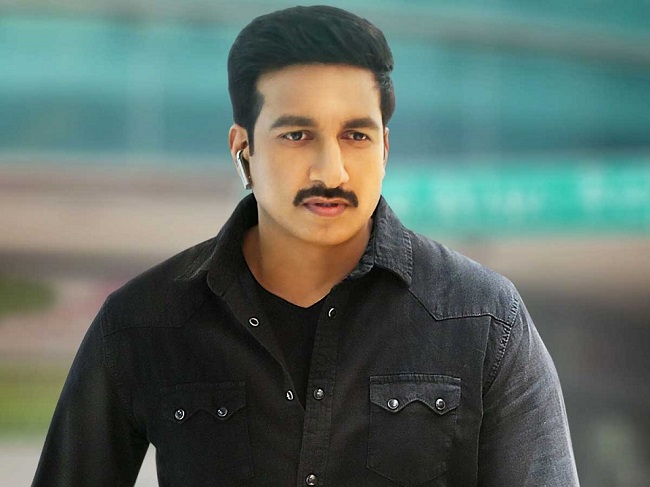 Tottempudi Gopichand, more popularly known as Gopichand, is a popular Telugu film actor. He is the younger son of the well-known revolutionary filmmaker T. Krishna – who broke into the scene with Tholi Valapu as a hero.

He was 8 years old when his father T Krishna expired. He completed his studies in Chennai, the capital city of Tamil Nadu. There was no direct influence of his father on him in his childhood. He did his engineering degree in Russia. He was not interested in films and acting at that time.

His elder brother Tottempudi Premchand was working as an associate director to Mutyala Subbayya. Premchand made his debut as a director and started working on a film under his home banner, but he unfortunately expired in a car accident. Gopichand was in Russia during the death of his brother and could not attend his funeral due to the Visa problems.

T Gopichand felt the need of someone to carry forward his father’s legacy. As his brother was no more, he decided to enter the film industry. After completing his engineering, he did dialogue modulation course for a year. Then, he made his debut as a hero with ‘Toli Valapu’.

T Gopichand after doing villain roles in Jayam, Varsham and Nijam, he got a good break with Yagnam that turned out to be a blockbuster.

T Gopichand was noted for his performance in Ranam in 2006. In 2007, his film Okkadunnadu became a hit, next movie Lakshyam turned out to be one of the bigger hits of the year.

T Gopichand next flick Souryam released in September 2008 and turned out to be a blockbuster.

T Gopichand is very famous for his excellent action and dialogue delivery in addition to his impeccable comedy timing. These traits make Gopichand a versatile Telugu hero, something uncommon in Telugu cinema.

T Gopichand is also very popular among the girls and is considered as an Aggressive Star by all his fans & Tollywood.