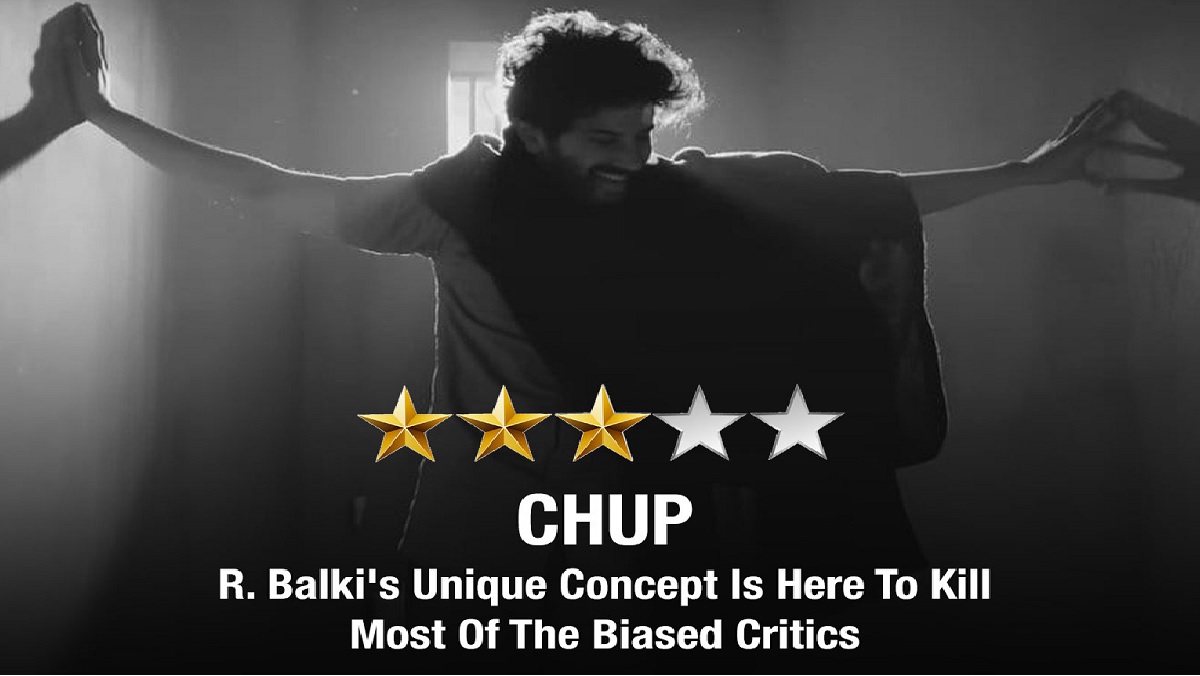 Chup movie is a special screening for fans and the audience was recently announced by Chup director R. Balki. The psychological thriller film Chup: Revenge Of The Artist starring Dalquer Salman, Sunny Deol, and Pooja Bhatt will be released on 23rd September. However, a special “free view” screening was recently held for the fans and now the watchers have shared their reviews on Twitter, take a look on Tuesday, 20th September a special “free view” public screening was held in Delhi, Mumbai, Lucknow, Gurgaon, Jaipur, Kolkata, Pune, Ahmedabad, Bangalore, and Hyderabad.

R Balki recently announced the free public screening of his film Chup, and said, “I am here to invite you for a very special preview, which is actually a Freeview, so please come and watch the movie for free 3 days before its release in a few select cities. Traditionally, most films have been shown to the critics and the film industry before the audience. For the first time ever, the audience will get to see a film before anybody else. The audience will pass their opinion of the film before anybody else. So please block your seats and tell us aapko Chup kaisi lagi. We would really like to know!”.

While the audience and early watchers of the film have now turned in their reviews for the film on Twitter. Sharing their review a user wrote, “The Killer performance of @dulQuer stands out Taller in #Chup If you ask me how is Chup, I will go Chup Coz I don’t want to get killed Go watch it to know”. Praising Dalquer Salman a user tweeted, “@Dalquer Steals the Show. He is absolutely Brilliant. It will remain as one of his best acts Excellent & unique idea. Writing & direction on point. Crazy stuff #RBalki delivers Overall, Very Good Thriller”.

Check Out Early Twitter Reviews Of Chup-Revenge of the Artist is one of the aspiring projects of the ace director R Balki. The release date of the psychological thriller was announced recently. The much-awaited edge-of-the-seat thriller will release on 23rd September 2022. The film stars Dulquer Salman, Sunny Deol, Pooja Bhatt, and Shreya Dhanwanthary in the lead roles. It marks the Bollywood return of south cinema superstar Dalquer to Hindi movies after The Zoya Factor. Sunny Deol and Pooja Bhatt will make a comeback to films after Blank and Sadak 2 respectively.