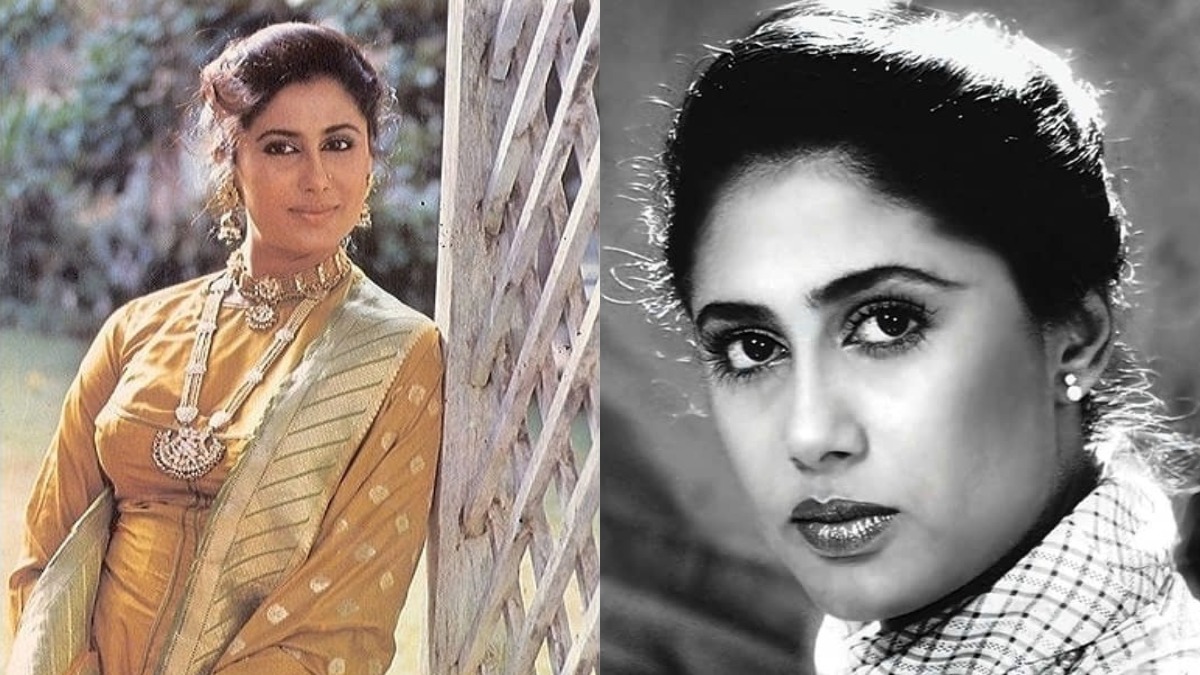 She won the National Film Award for Best Actress for her performance in the Hindi film Bhumika, three years after her debut in films. The film, in which she portrays an actress leading a tumultuous life through sudden fame and stardom, brought her talent to the attention of the world. In her films, Patil’s character often represents an intelligent femininity that stands in relief against the conventional background of male-dominated cinema. Smita Patil was a women’s rights activist and became famous for her roles in films that portrayed women as capable and empowered.

In 2011, Rediff.com listed her as the second-greatest Indian actress of all time, behind Nargis. According to Suresh Kohli from Deccan Herald, “Smita Patil was, perhaps, the most accomplished actress of Hindi cinema. Her oeuvre is outstanding, investing almost every portrayal with a powerhouse realistic performance.”

The Priyadarshni Academy started with the Smita Patil Memorial Award as a tribute to the veteran actress in 1986.

In 2012, the Smita Patil International Film Festival Documentaries and Shorts was initiated in her honour.

Director C. V. Sridhar was the first one to pair her opposite Rajesh Khanna in Dil-E-Nadan in 1982. After the success of this film, Smita and Khanna were paired in successful films like Aakhir Kyon?, Anokha Rishta, Angaarey, Nazrana, Amrit. With the release of Aakhir Kyon? her popularity and her pairing with Khanna were at its peak. The songs “Dushman Na Kare Dost Ne Woh” and “Ek Andhera Lakh Sitare” from Aakhir Kyon? were chartbusters. Each of these films were different and dealt with various social issues. Their performances were critically acclaimed. In 1986, Amrit directed by Mohan Kumar became fifth highest-grossing film of the year. Nazrana, co-starring Sridevi released posthumously and became a box office success and was among the top 10 films of 1987.

Her association with artistic cinema remained strong, however. Her arguably greatest (and unfortunately final) role came when Smita re-teamed with Ketan Mehta to play the feisty and fiery Sonbai in Mirch Masala released after her death in 1987. Smita won raves for playing a spirited spice-factory worker who stands up against a lecherous petty official. On the centenary of Indian cinema in April 2013, Forbes included her performance in the film on its list, “25 Greatest Acting Performances of Indian Cinema”.

On the occasion of 100 years of the Indian cinema, a postage stamp bearing her face was released by India Post to honour her on 3 May 2013.

When she became romantically involved with actor Raj Babbar, Patil drew severe criticism from her fans and the media, clouding her personal life and throwing her into the eye of a media storm. Raj Babbar left his wife Nadira Babbar to marry Patil.

In 1984, she served as a jury member of the Montreal World Film Festival.

Smita Patil belonged to a generation of actresses, including Shabana Azmi and, like her, who are strongly associated with the radically political cinema of the 1970s. Her work includes films with parallel cinema directors like Shyam Benegal, Govind Nihalani, Satyajit Ray (Sadgati, 1981), G. Aravindan (Chidambaram, 1985) and Mrinal Sen as well as forays into the more commercial Hindi film industry cinema of Mumbai.[citation needed]

Patil studied literature at Bombay University and was a part of local theatre groups in Pune and spent much of her time at the campus of the Film and Television Institute of India (FTII), causing many to mistake her to be an alumna. The family moved to Bombay (now Mumbai) in 1969, following her father’s election as a cabinet minister.

During the making of Chakra, Smita Patil used to visit the slums in Bombay. It culminated in another National Award.

“I remained committed to small cinema for about five years … I refused all commercial offers. Around 1977–78, the small cinema movement started picking up and they needed names. I was unceremoniously dropped from a couple of projects. This was a very subtle thing but it affected me a lot. I told myself that here I am and I have not bothered to make money. I have turned down big, commercial offers because of my commitment to small cinema and what have I got in return? If they want names I’ll make a name for myself. So I started and took whatever came my way.”
In time she was accepted by commercial filmmakers and from Raj Khosla and Ramesh Sippy to B.R. Chopra, they all agreed that she was “excellent.” Her fans, too, grew with her new-found stardom. Patil’s glamorous roles in her more commercial films, such as Shakti and Namak Halaal, revealed the permeable boundaries between “serious” cinema and “Hindi cinema” masala in the Hindi film industry. However, her sister Manya Patil Seth stated, “Smita was never comfortable in big-budget movies. She wept her heart out after performing the rain dance with Mr Bachchan in Namak Halaal; she felt she wasn’t doing the right thing.”

Patil began her career in the early 1970s as a television newsreader on the newly transmitting Mumbai Doordarshan, the Indian government run broadcaster. Her first film role was in the FTII student film Teevra Madhyam, by Arun Khopkar. Shyam Benegal then discovered her and cast her in his children’s film, Charandas Chor. Her first major role was in his other film, Manthan, in which she plays a Harijan womn who leads the revolt of the milk co-operative.

Apart from acting, Patil was an active feminist and a member of the Women’s Centre in Mumbai. She was deeply committed to the advancement of women’s issues and gave her endorsement to films which sought to explore the role of women in traditional Indian society, their sexuality, and the changes facing the middle-class woman in an urban milieu.

Patil gradually moved to more commercial cinema. In an interview, she stated:

Patil was married to actor Raj Babbar. She died on 13 December 1986 at the age of 31 due to childbirth complications. Over ten of her films were released after her death. Her son Prateik Babbar is a film actor who made his debut in 2008.